“At first, i want to give an short introduction of my self. I write D e p o t 82 and I`m a graffiti writer since 1994 and my specialty are letters, in short, I`m a style writer." 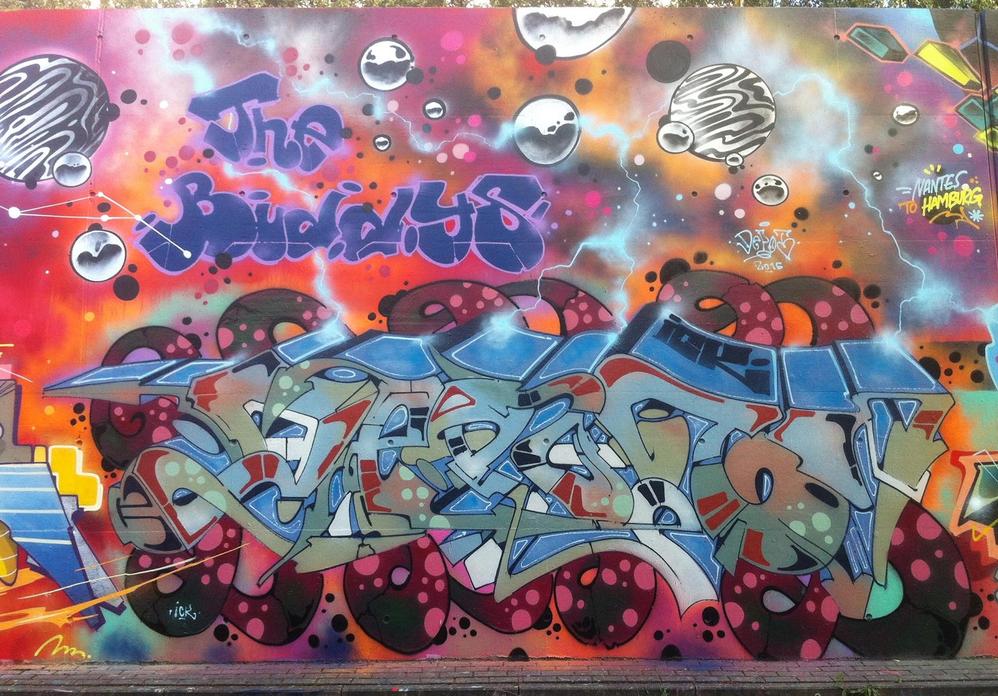 How old were you when you first noticed graffiti?

I think i was 10 as i realized that there is graffiti around me, but this wasn`t the beginning. A couple years later, about my 12, I seriously started to sketch and to deal with it. Quite at the end of autumn I made my first piece in 1994 with 5 cans from “sparvar” under a safe bridge. Before that, i have only made tags and bubbles here and there.

How did you picked your name?

I searched in a dictionary for good names and combinations and depot was my first choice, because i like the letters and the sense of this name. It stands for a deposit of styles. That means i try to write various species of style which i have studied over the years.

Who else is in the “ick crew” and “the buddys team”?

Ick exist since 1993,and i joined the crew in 1998. Some members like Kemar, Styx, Meick, Juwel, Mone and others who haven`t done anything for a long time. A few members of the buddys team are Sken, Skur, Saik, Shew, Sir, Prey, Morte, Impro…

Could you describe a bit the scene in hamburg for us?

Hamburg is a city with very different styles and awsome writers since the beginning. Certainly not all know each other but it is very peaceful. Big names like Deim, Skena, Can2 , Jase, Hesh , Enta, Resh, Milk, Keats, Shore and other oldschoolers you can get in touch with Hamburg from the end of the 80`s untill the end of the 90`s. This writers inspired me in part and had a lot influence in this time in the graffiti scene. However in the mid of the golden 90`s was more activity, jams and other events all around graffiti and hip hop compared to today, but writers like Nomad, Goldengreen, Heis, Yugo, Tune, Cide, Hypno, Form and many more keep the level always high on the wall. You can see many trains and line pieces especially from Round, Rams, Teck, Knak, Nomor, Frost, Moses and many many more writers and crews. We have good stores, good spots, yards and legal walls especially in Heimfeld, in the south of Hamburg. There is a lot going on lately and at the time. There where already some pieces and productions painted in the past from writers all around Hamburg and Germany, which fascinated me. I also like to paint there because a lot of writers see my piece and sometimes i met awsome dudes there. Many writers make an agreement there and sometimes 30 writers stand at the wall to make pieces, not all work on one production but its also cool. 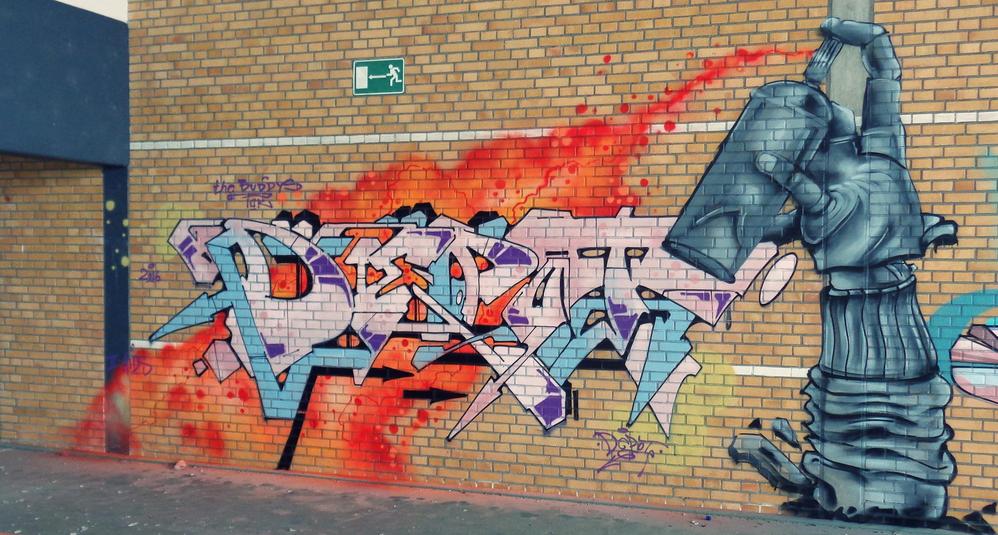 What have changed due past years?

I think so much hasn`t changed. The game is the same, one genaration replaces the next, some of them stops and some start to join, there are rookis and pro`s. What really changed is the world around and this had a lot influence on the opinion of the kids today. Not at all but the game changes and in comparison to earlier times, it has become rugged and disrespect. Not many has desire to invest a lot of time and to deal with things profoundly. Hardly any one knows a piece to appreciate and respects a good stylewriter as before. The rules has changed, toys going over masterpieces and show a lot of disregard. It looks as if everything is out of control. It has shifted a lot to the internet and there will be now decided who is king and who`s not. Sometime I wonder how many like`s some bullshit gets but thats the reality. Styles getting mixed and imitated that sometimes everthing looks the same. When someone is struggleling to make a good piece, doesn`t reach any respekt rather than people who steal ideas. Earlier you got teached, if you had luck from a master. Now nobody explanes the rules, because kids learn from the internet and that can`t explane, just only show something. This makes me sometimes sad.

I have to say you had made big progress in last 3 years. What is the reason?

I don`t know, it just happened. There is no reason i think. Sometimes in the last 20 years of graffitiwriting i tooked a break and in the last years i made a lot. I can`t explane it i just fell like it and love it. It`s an old love that freshed up. I think my development results are from the fact that I am too ambitious and i want to develop further. My progress comes from hard work on paper, i do everday a sketch sometimes good and sometimes bullshit but thats brings me forward. At this time it satisfies me a lot.

Are your pieces planned in advance or are they freestyle?

I love to paint freestyle and to develop the letters on the wall. It is always interesting what is generated in the end, which influences are in it and in which day-form I was. Character or elements in the background, I usually do with sketch and in the last times i also take sometimes a sketch for stylepiece.

I mostly saw pieces on legal walls or abandoned areas, is there any reason for it?

There is no reason for it, I`m just getting too old for illegal action like a train or streetbombings. I like it to have much time on the wall and sunlight to see my lines, no stress and excitement. I love the atmosphere on an abandoned areas and sometime its illegal too, but no one really cares about this spots. So far I haven`t got problems with cops or owners at this lost places. Long time ago I made a lot walls and trains, but this time is over. Nowadays i made one or two panels in the last year for my photoalbum.

Where does your inspiration to your graffs come from?

First of all, stylewriters such as Phos4, Odem, Poet, T-kid, Ces, Jayone and many others from the good old days in New York and Paris but first and foremost is Berlin, and stuff that you could admire in the 90s in the magazine, videos and books. Today I am inspired and influenced by stylewriters of OBS, GFA, NFK and couple others from all over the world.

If someone will be in Hamburg, which wall is it worth to see or to paint on?

In any case the huge wall in Hamburg Heimfeld.

Regards goes out to: my Buddys team, my ICK homeboys, peace to Nomad and the NFK crew. 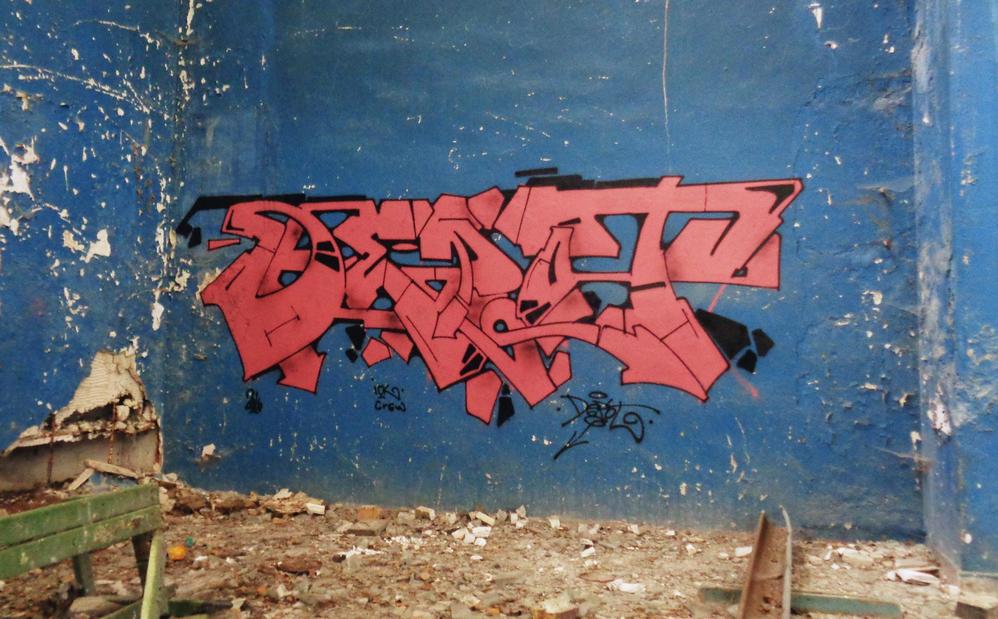 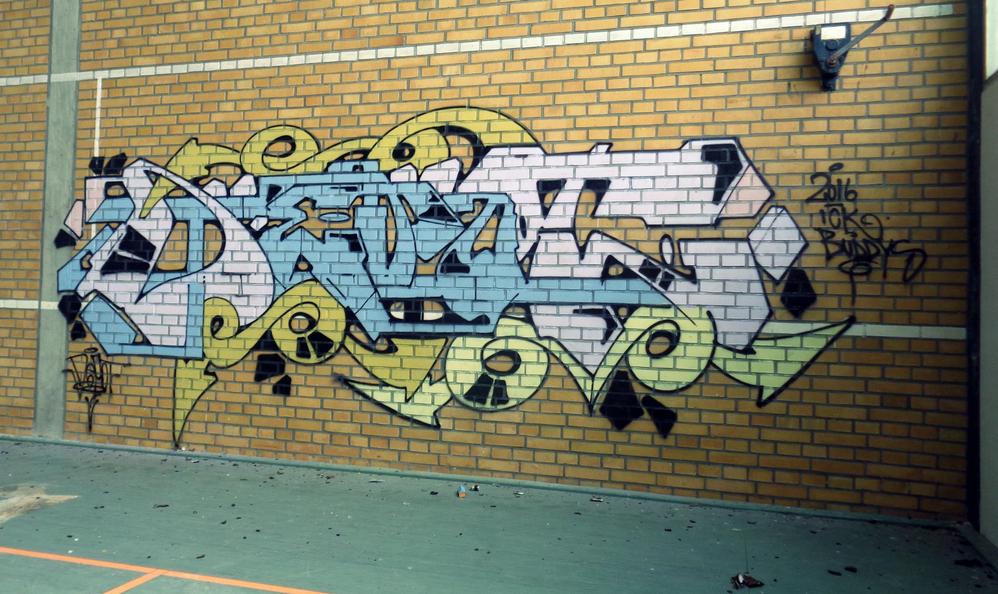 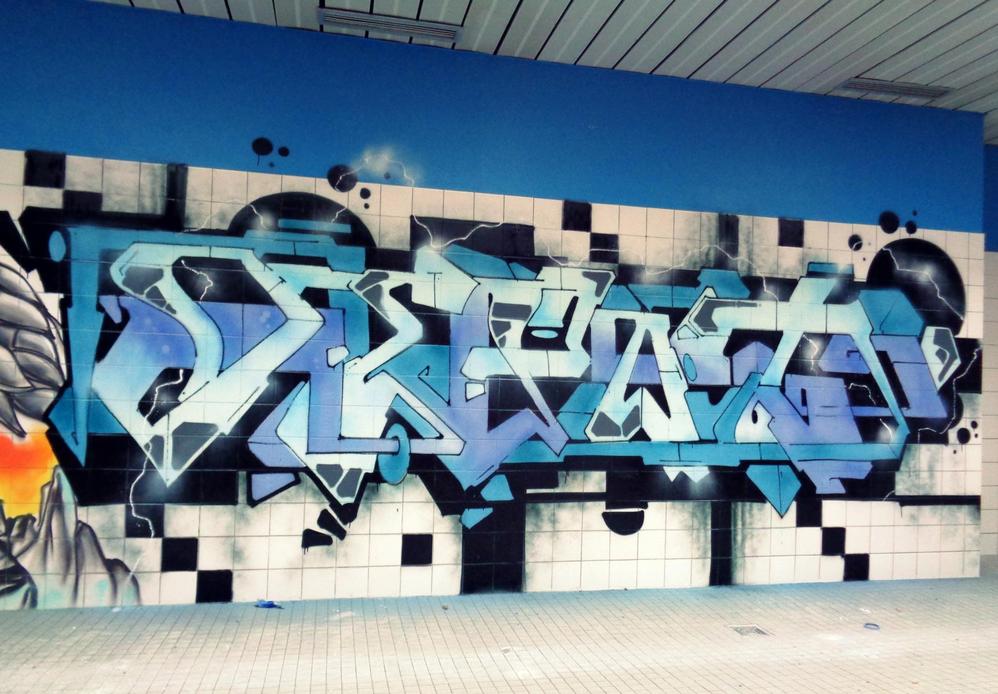 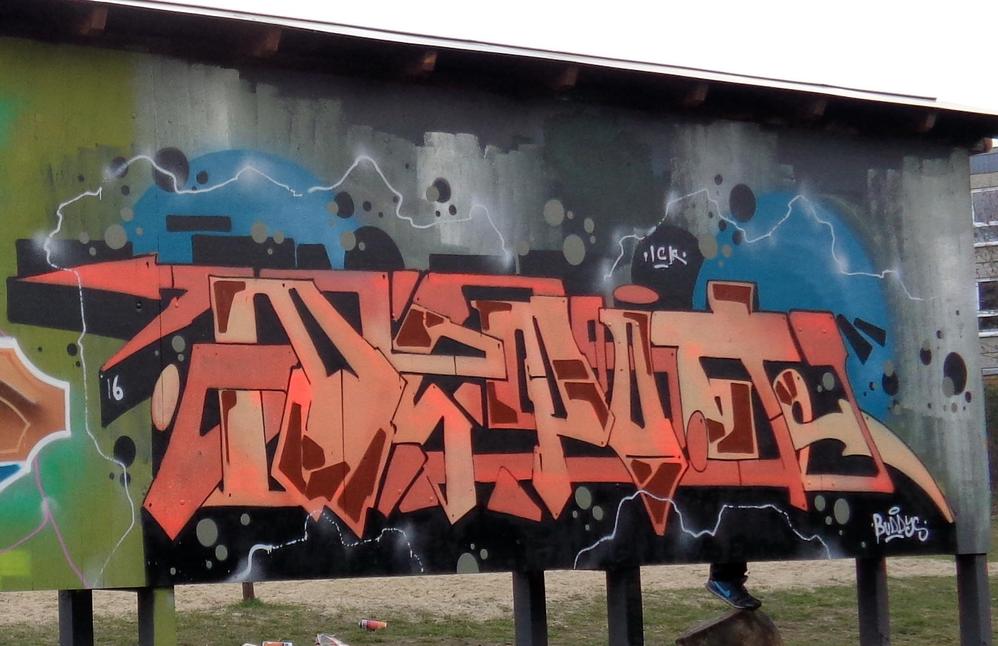 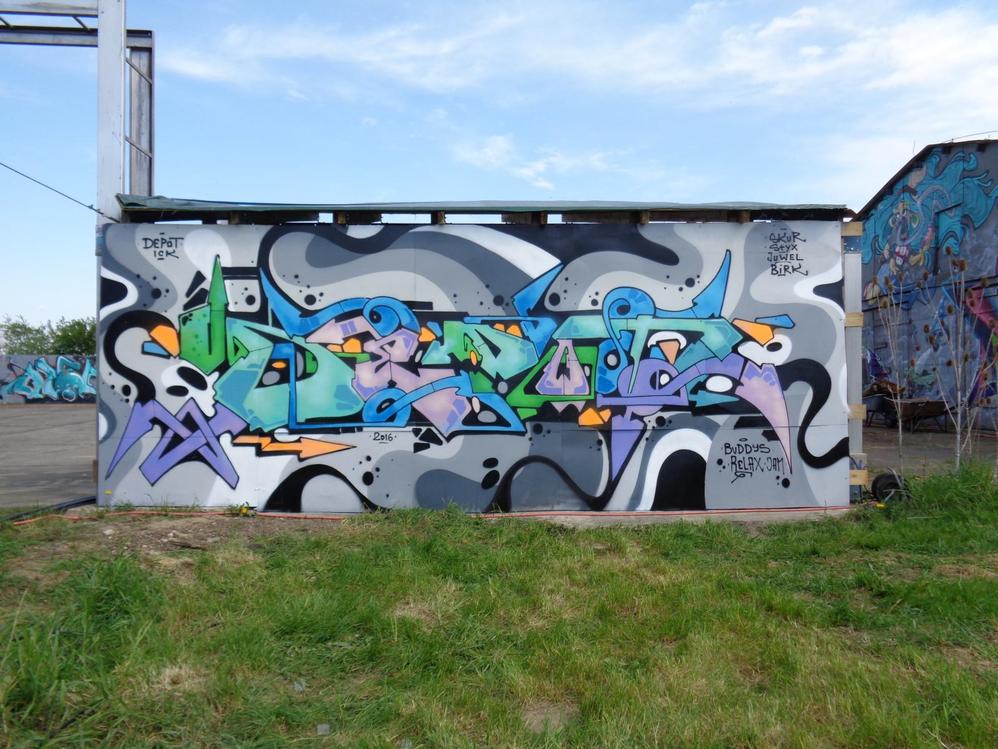